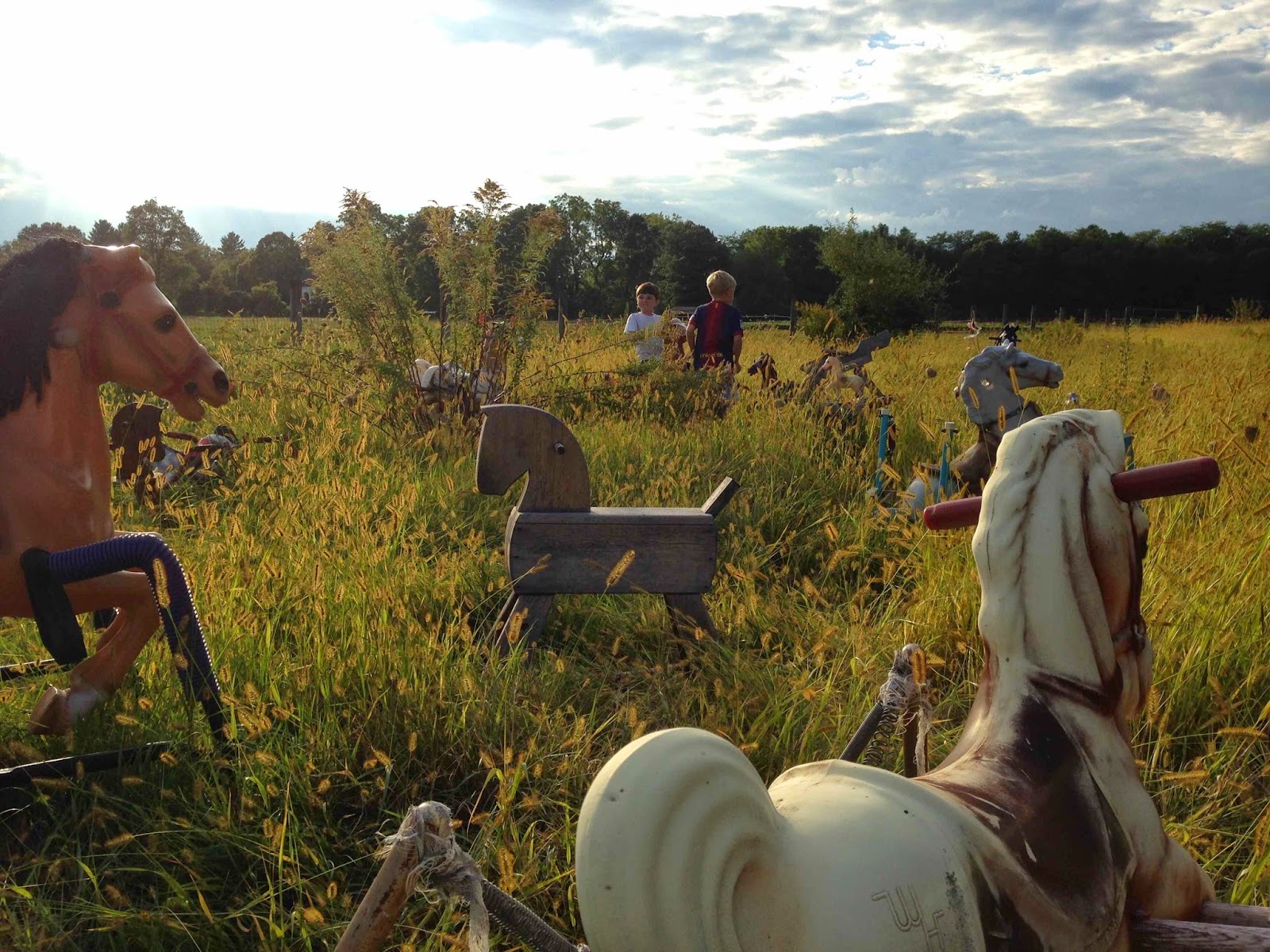 The first time I drove past this scene in Lincoln, MA, I thought maybe it was a dream. In a small fenceless area close to cow and sheep fields (electrified fences, yipes!) there is a collection of around 25 rocking horses. When I first saw them, they were in rows, watching the field at twilight. 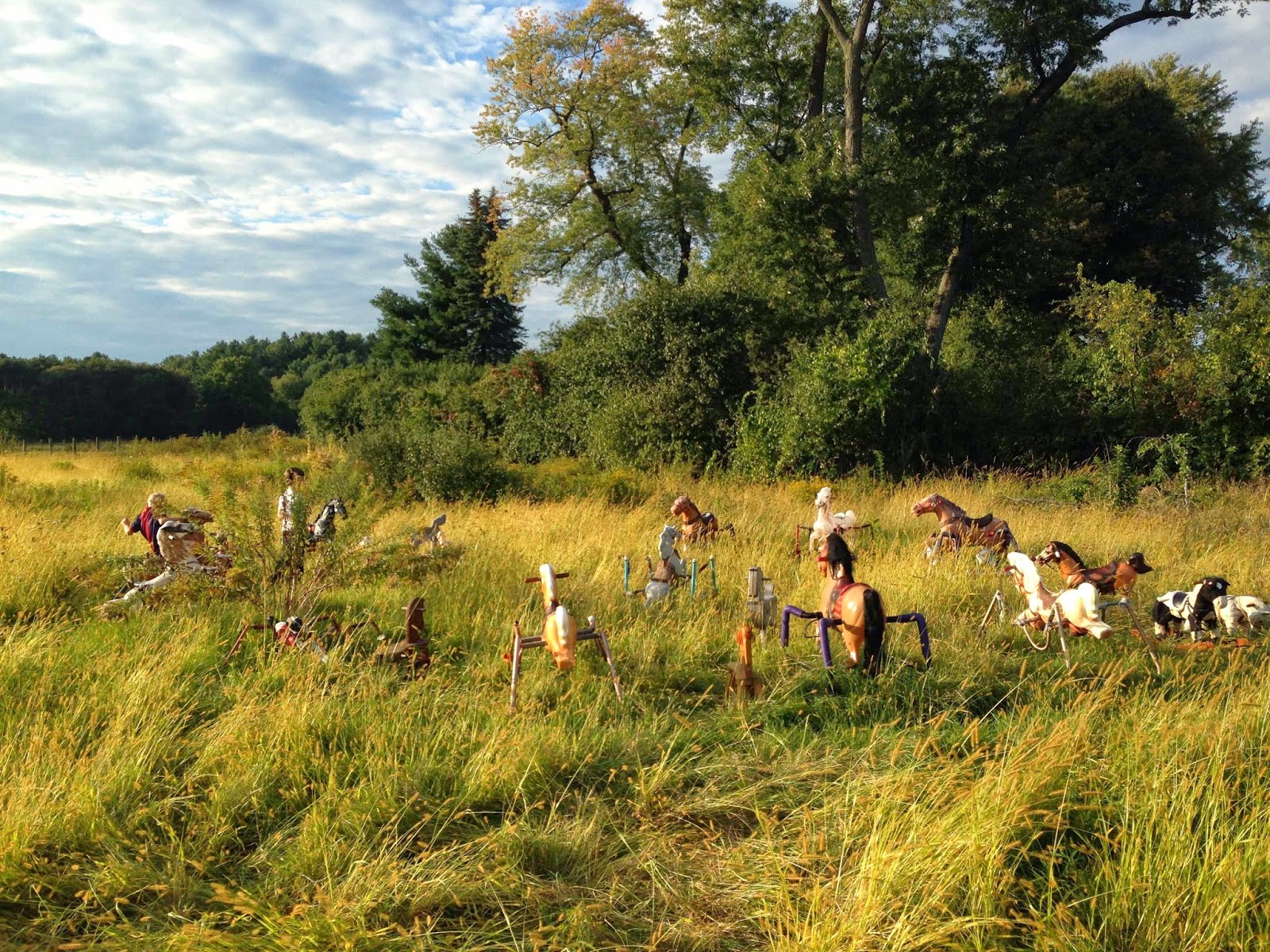 The next time I saw them, I stopped with my kids so they could ride those horses. The horses were scattered willy-nilly in the same space and I examined many of them. Some were antiques with the old metal coiled springs. Some were fluffy fat stuffed horses on wooden rockers. Some were simply plastic horse toys. My kids tested ninety percent of them for springiness. 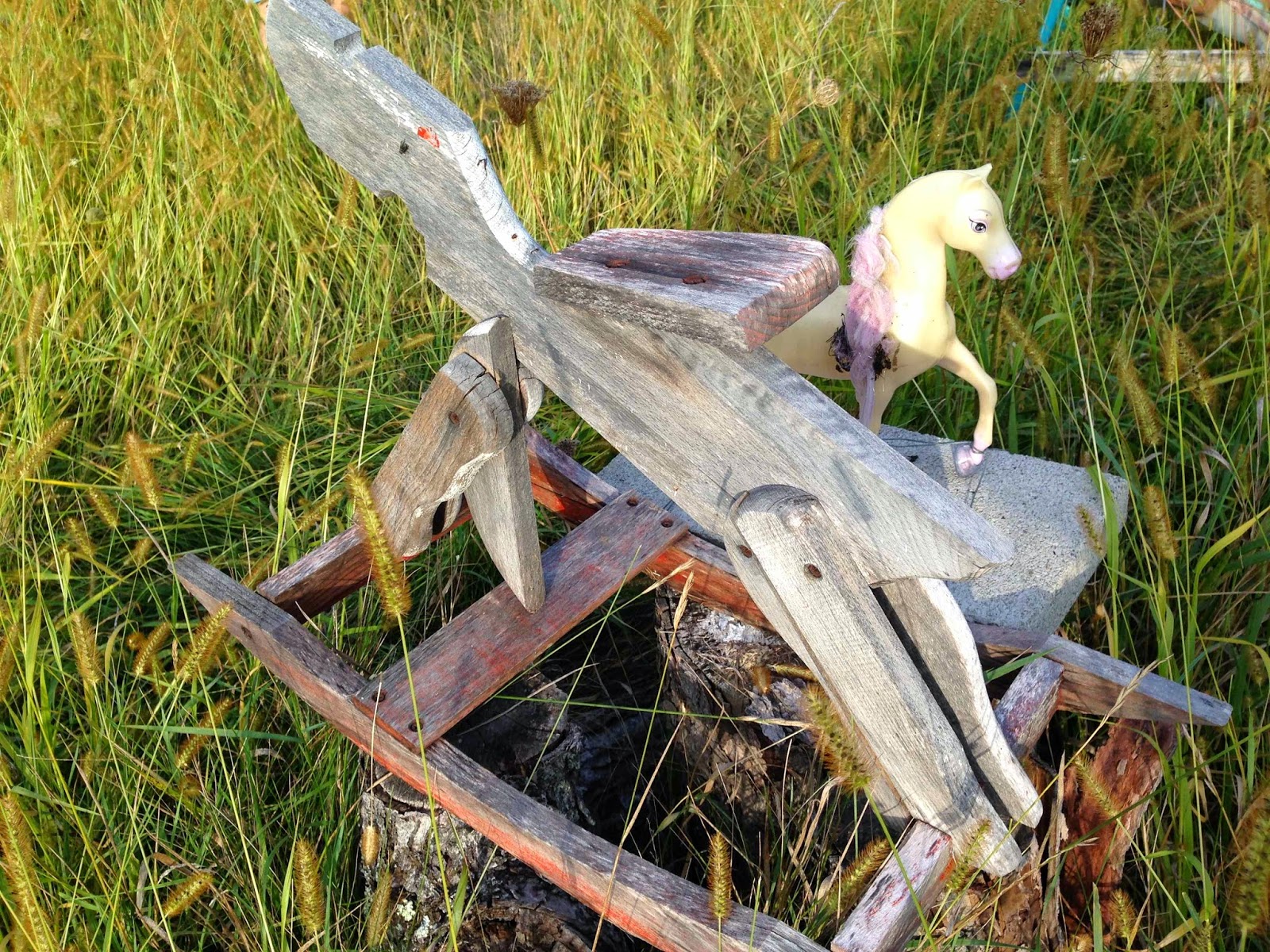 As the kids played, two women cyclists stopped by. One exclaimed “I’ve lived here 12 years and I’ve never seen anyone on these rocking horses.” I asked her what the story was and she said it had started out as the owner of the land putting out one rocking horse for anyone to grab. Instead, that horse attracted more horses.

Which explains the horses but not how they move around. Sure enough, today I passed by with my son again and the horses were pow-wowing in a circle. Perhaps planning world or at least Lincoln-domination. Weird and lovely. Lincoln. 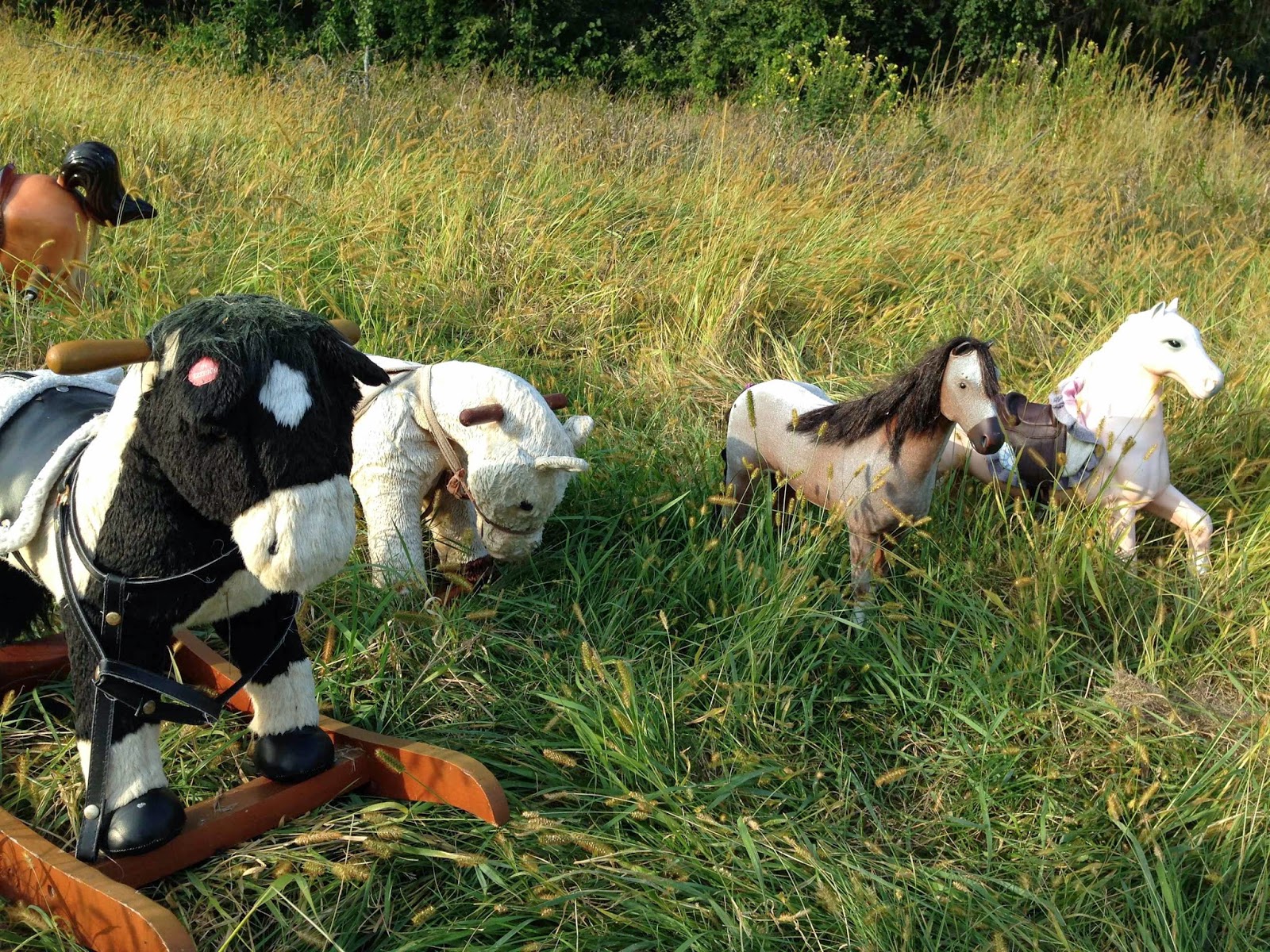 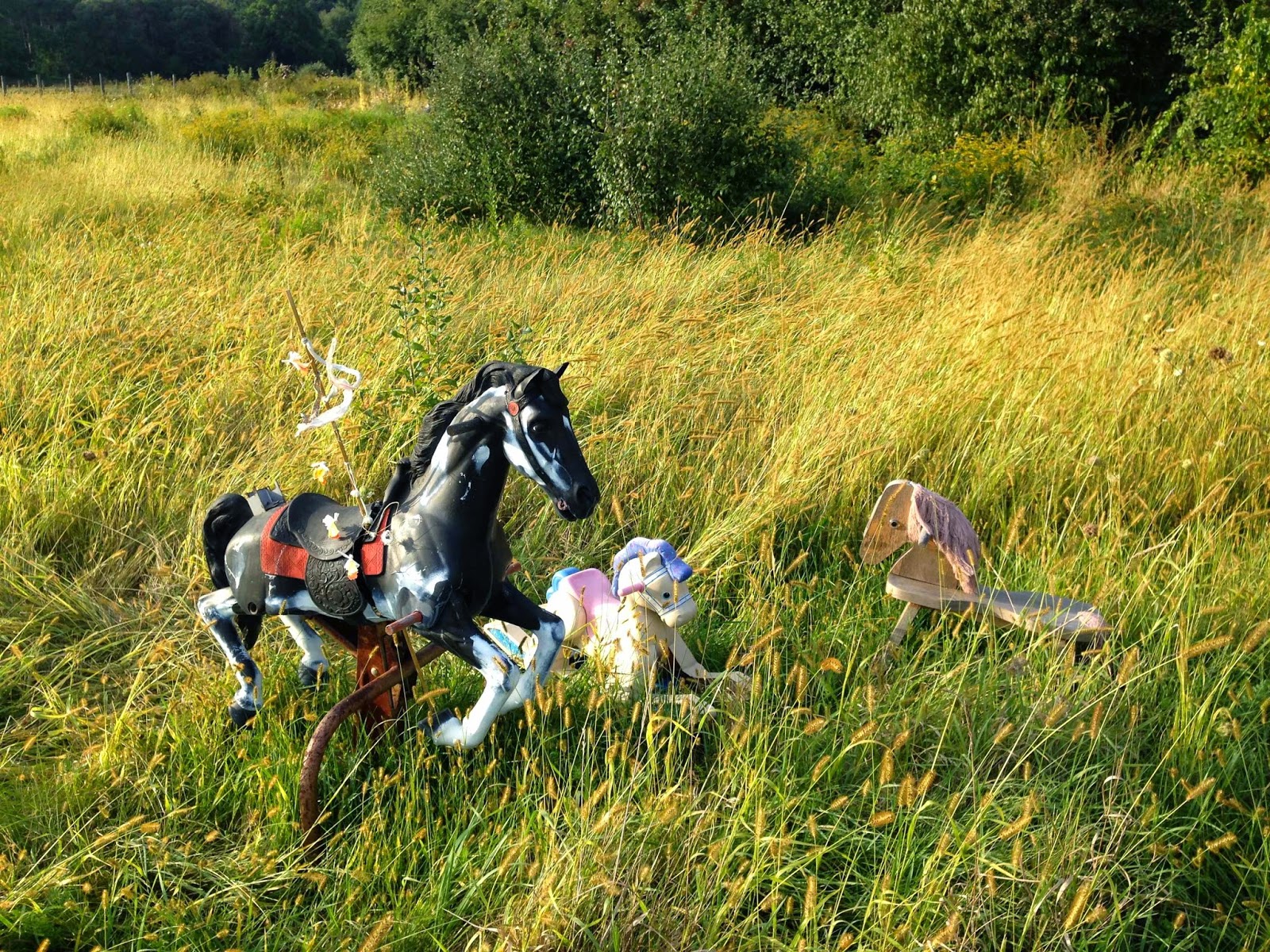 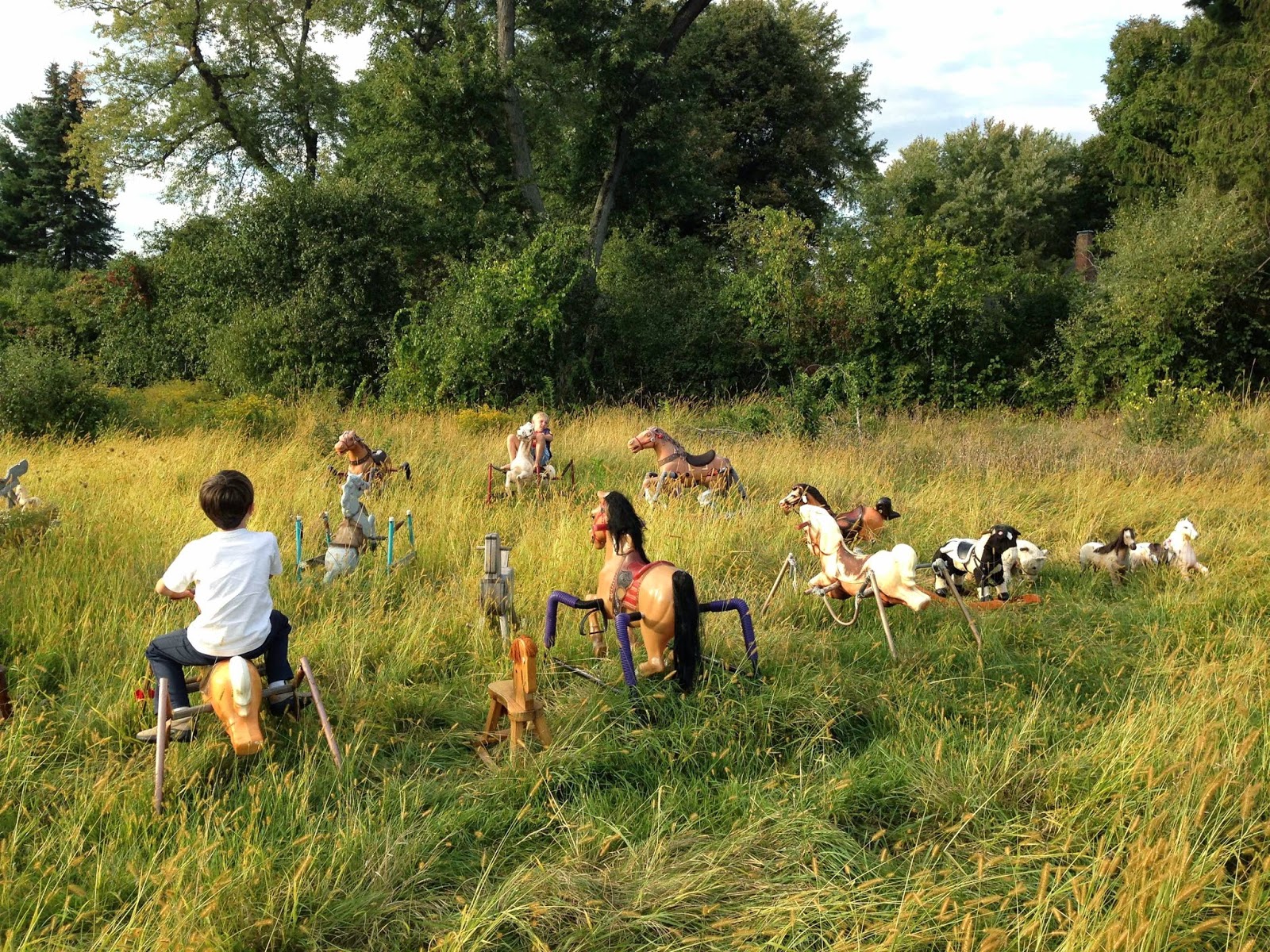 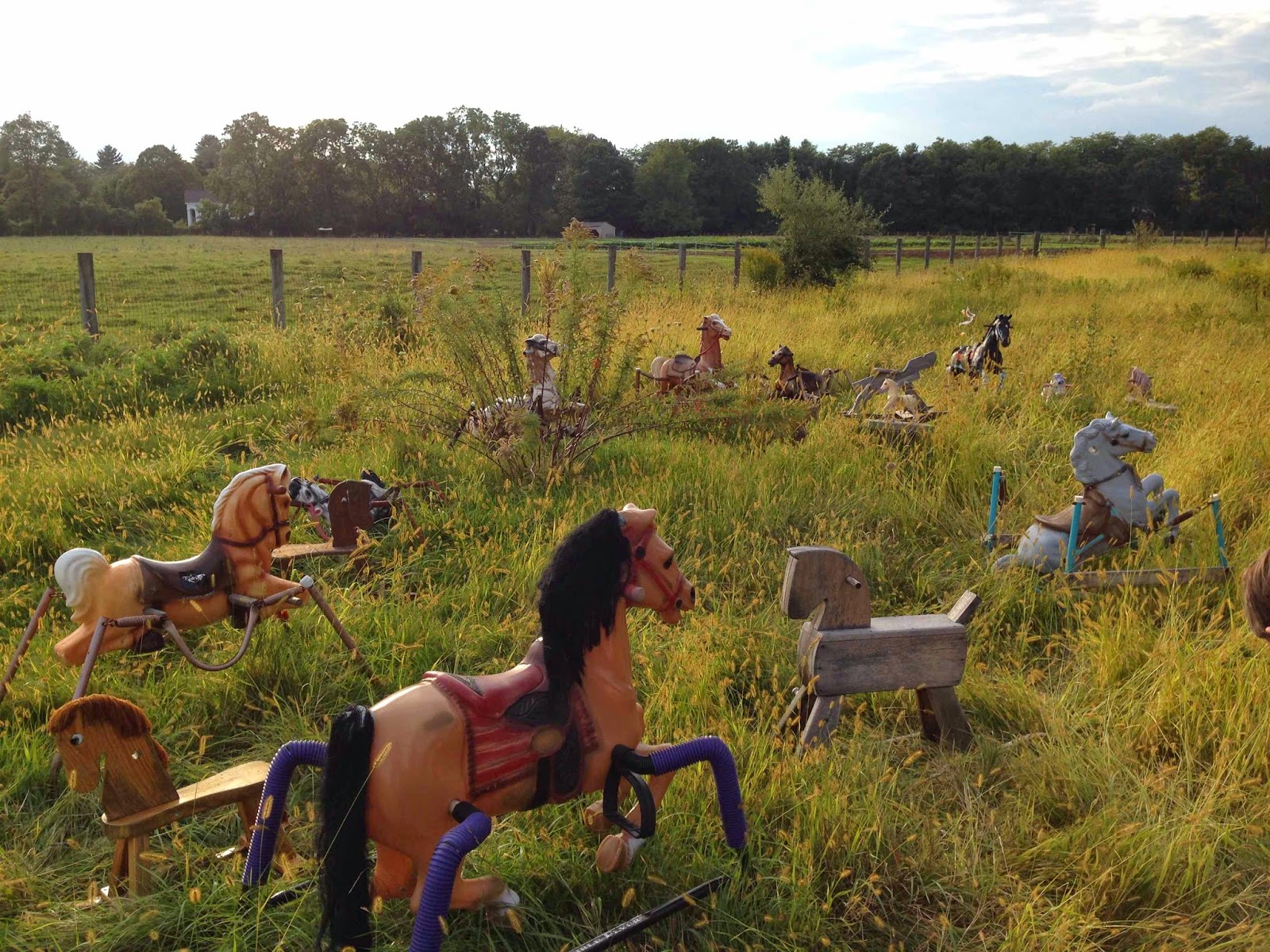 Kris Brazil
A New York native, I've lived, worked and studied in a variety of places from Boston to Chicago, San Francisco to Miami...plus nine years in Brazil. While I took eight years off to be home with kids, I'm now taking the first steps back to paid full-time work. Would love to have you follow along!