Whose Woods These Are I Think I Know - Weston, MA 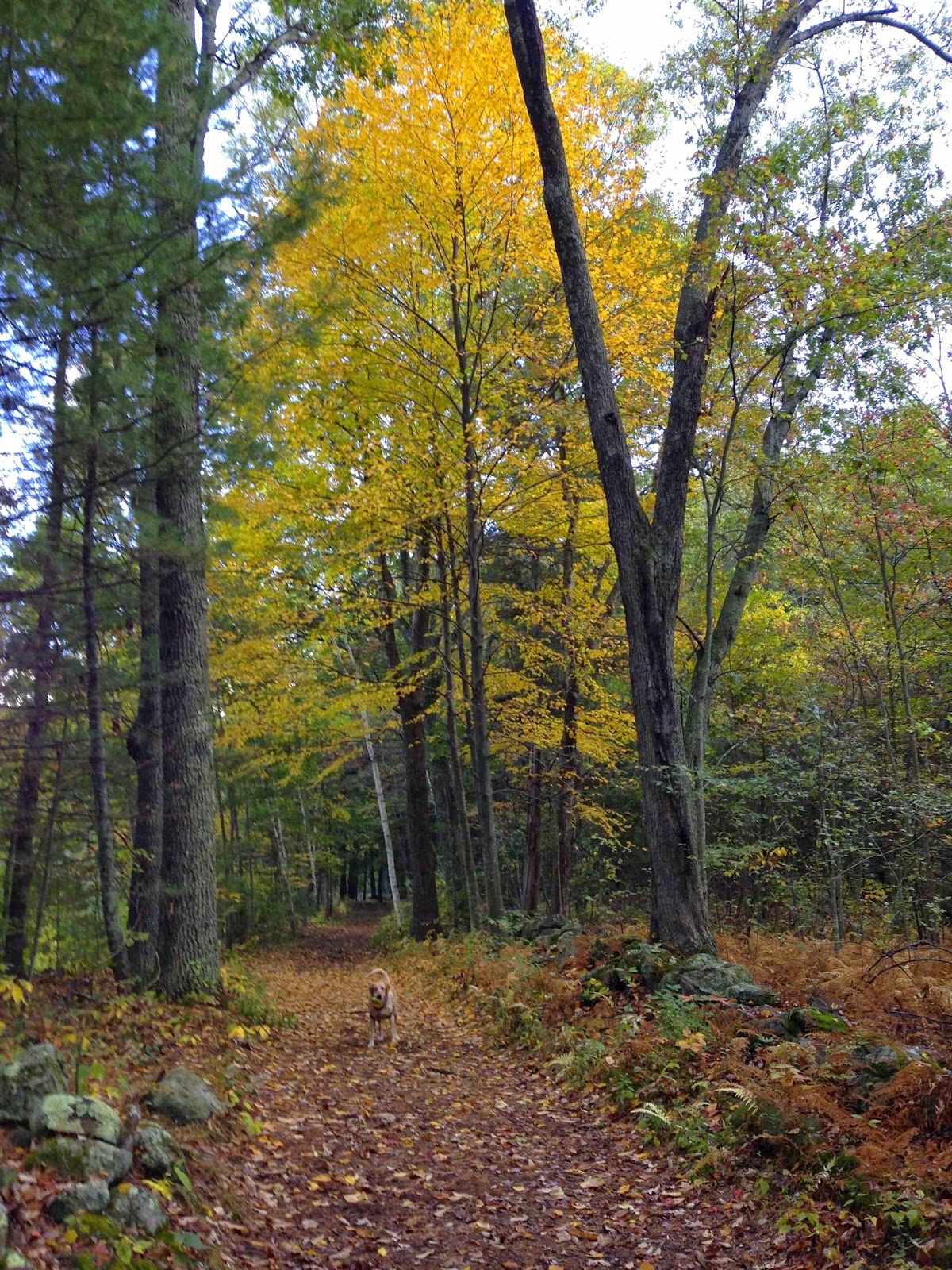 
“Yesterday an employee working near the Town pool noticed an individual on one of the wooded trails. He called out to him, but the person believed to be in his sixties casually left the area. Out of an abundance of caution, the Weston Police were notified. People being in that area walking dogs is a usual occurrence [sic]. However, the police searched the area, but were unable to locate the person. They have stepped up patrols of the area.


Our ongoing safety and security protocols of locked doorways, camera usage and adult supervision of children will continue. In addition all faculty and staff have been informed and will be carefully monitoring school grounds. Both the Weston Public Schools and the Weston Police ask the public to notify us of any suspicious activity around our schools or in the Town.”


This is, in fact, the email I got from the schools superintendent at 11:15 am yesterday morning. I admit that I was not too worried about it. I didn’t think that it met the qualifications for me to panic and head down to school to search for people in the woods. Heck, I walk in the woods every single day—given my woods are in Lincoln and not near a school; I simply didn’t worry. I forwarded the note to BH and we laughed about it a bit.


Before you get on me about all the school shootings in the US and why we need to be vigilant, I know. If you are a personal friend, you know the number of times I post stories from Moms for Gun Sense in America about the ridiculous gun laws in this country. If you know me from São Paulo, you know that I have blogged about security and how to be vigilant in every day life in a city of 11 million people with crime rate statistics “rather” larger than ours in metrowest Boston. So I don’t take threats lightly. I just didn’t think this was a threat. I did however enjoy the term “out of an abundance of caution.” Indeed.


But my nonchalance fled with the next email.  At 12:05 pm, I received an updated email from the superintendent with the following message:


"This is an update on a message I sent earlier today. Using footage from our security cameras, the Weston Police have identified the individual observed yesterday behind the town pool. He is a deaf resident of the [Deleted for Privacy], who routinely takes walks throughout the town. He will be advised to refrain from walking on or near playgrounds during the school year. I want to thank the Weston Police Department for their prompt response and cooperation. We are very pleased that this concern was resolved so quickly."


So, we sent our police force after an older deaf man who likes to walk in the woods near his apartment, minding his own business, because he was near the playground of a school.  And told him not to walk in those particular woods, even though he has been identified as being “harmless”.


This is sad, folks. Are we so scarred from Newtown that we cannot have a community that walks in the woods? Are we not trampling the civil rights of a man who had not done any harm—whose only error was being deaf and therefore did not respond to someone hailing him from behind?  Should we now look at any solitary woods walker as a potential threat?  Would a deaf woman walking in the woods near a school be in the same position of having police advising her to stop walking in the woods?  If he were walking a dog, would he be okay to go?


I am in favor of keeping my school kids safe, but not at the risk of civil liberties. If that woods trail is closed during school hours, it is closed to everyone. Not just deaf men. And all it takes now is one overreacting mom or dad  to tell her kid not to play near the woods because there is danger there to start a ball rolling that I don’t want.  The woods are full of  delights—at this time, it is vernal pools, spring peepers, crackling leaves, bird songs, filtered sunlight and a child’s imagination. Do not make it about danger. We have time for that later.


I moved to Weston for many reasons. Hysteria over people in the woods is not one of them.  And if that deaf man wants a companion on his woods walks in the future so as not to be confused as a bad guy, Coal and I are available.

UPDATE 4/30/15. I contacted the Council on Aging to see if I could help with this walker and this is the response I got. The man is apparently NOT deaf but does not speak English:

Thank you for reaching out in such a compassionate way.  We are working with the [senior center] management and the Weston PD on the issue with the walker - while I understand he's not deaf, he apparently speaks no English.  Either way the school protocol is going to be communicated to him to ensure his ability to keep walking while respecting the schools' safety procedures.  Our social workers will also reach out to him and his family to see what other supports may be needed.


And from my title, a chance to visit one of my favorite poets, Robert Frost:

Stopping by Woods on a Snowy Evening

Whose woods these are I think I know.
His house is in the village though;
He will not see me stopping here
To watch his woods fill up with snow.


My little horse must think it queer
To stop without a farmhouse near
Between the woods and frozen lake
The darkest evening of the year.


He gives his harness bells a shake
To ask if there is some mistake.
The only other sound’s the sweep
Of easy wind and downy flake.


So I'm taking a hiatus from this blog. I don't know how long I'm going to "take a break" but more than a week and less than a year. I expect to return, but I also expected winter to be over by now. Snow is expected on Wednesday.

Why am I taking a hiatus? Because the blog is going somewhere I didn't expect and I haven't especially liked. Instead of being amused by repatriation to the US, I am finding it incredibly easy in some respects and impossibly hard in others. Unfortunately, I have been unable to find the words to make it amusing (which is my whole reason for blogging) and I'm finding it instead rather a hard part of my day.

So, I'm going to "give a think" as we say in Portuguese and see whether this continues or if I take a new direction. I won't stop writing for sure, but I will stop publishing for now. I doubt my absence will cause a great downturn in internet traffic numbers but I shall miss throwing it all out there. For now.

Who knows, maybe I'll even find a day job. Weirder things have happened.

Kris Brazil
A New York native, I've lived, worked and studied in a variety of places from Boston to Chicago, San Francisco to Miami...plus nine years in Brazil. While I took eight years off to be home with kids, I'm now taking the first steps back to paid full-time work. Would love to have you follow along!